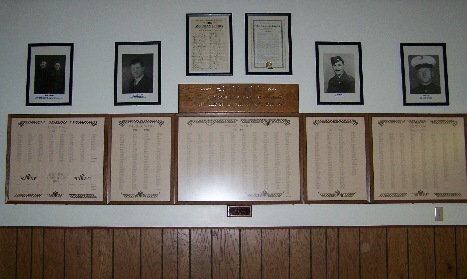 Delavan American Legion Post 95 was named after five men who died while serving our country:

Delavan American Legion Post was chartered December 4, 1919.  The first commander was Charles Sumner.  Since then the following have served as Post Commander: 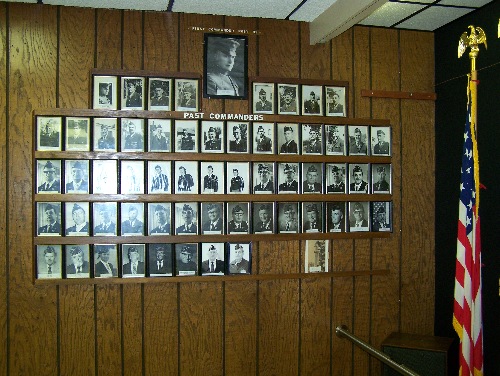 After a 3 hour battle with the fire, Chief Brad Little declared the building "a total loss".  At that time, Jerry Peters, reported that the post's cemetery flags and other equipment were destroyed but that many pictures and trophies were saved.  The building was about 150 years old and had served the Legion since the mid fifties.  The birthday dinner, scheduled for Saturday, March 12th was held in the municipal building.  The cocktail hour was eliminated. 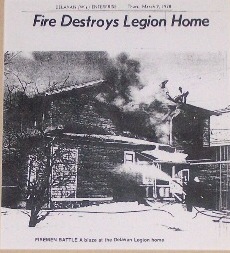 Immediately after the fire the Legion developed plans for a new building.  Fran Lyons was the chairman of a very sucessful fund drive.  C. C. Condon and Allen VanDeBogert were Legion construction supertindents for the new building.  Dedication was held on Saturday, October 11, 1980.  At that time Roger Davis was Commander of the post and Mary Holden was the Auxiliary President.  In 1998 and addition was added. 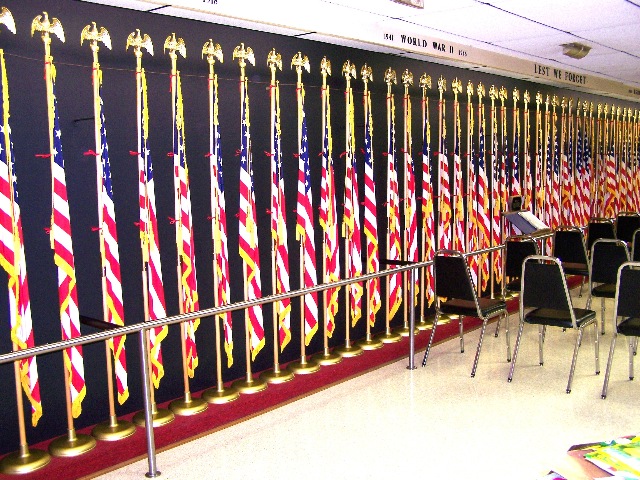 In the lower level of the Delavan American Legion Post Post at 111 South Second Street is a distinctive and serene chamber know as the Flag Lounge.  Its name is derived from the 52 United States flags on standards, positioned against the north wall, one for each of the Delavan veterans who died while serving in the armed forces during the nation's wars of the 20th century.

The flag line was installed many years ago.  It was the idea of Wilma H. Lauterbach who had been a staunch supporter of the American legion programs for a number of years.  She also made a substancial financial contribution to subsidize the project.  Francis Lyons, a past commander of the Delavan Legion Post, assumed a leadership role in implemening the flag line.  Post members Allan VanDeBogert and Claire C. Condon were assigned the task of designing and installing the proposed flag memorial.

The flag line was dedicated in 1980, following completion of the present American Legion facility, which replaced the former building destroyed in the 1978 fire.  The flags are dedicated to the following veterans who died in service and are listed alphabetically: