Since November 29. 2004 the Support Our Troops Committee of the Walworth County Council of the American Legion has held a rally in the Board Room of the County Government Center on the square in downtown Elkhorn at 11:00AM every Monday.  Post 95 of Delavan was an original advocate of the concept and immediatly embraced the idea of weekly rallies to show support of troops with ties to Walworth County who are serving or who have served in Iraq and Afghanistan.  Every Monday morning since November 29,2004 members of Post 95 and the auxiliary play a major role in the rallies and Post 95 has contributed generously.

Walworth County is made up of 10 Legion Posts

Names read of troops "In Country" and returned

Troops who have served and returned:  439

Troops who have attended a rally:  115

9,306 Thank You cards for troops distributed

764 Get Well cards for wounded distributed

*Total weight of boxes of treats & supplies over NINE tons! 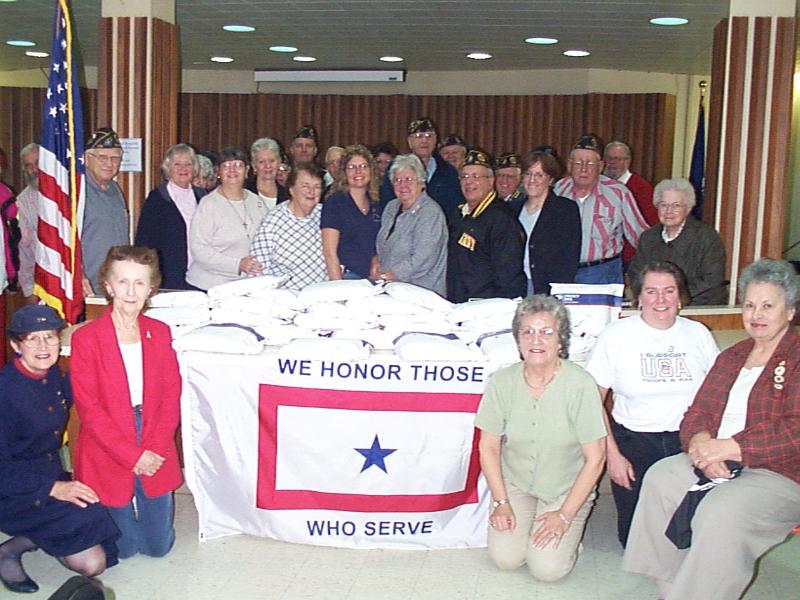